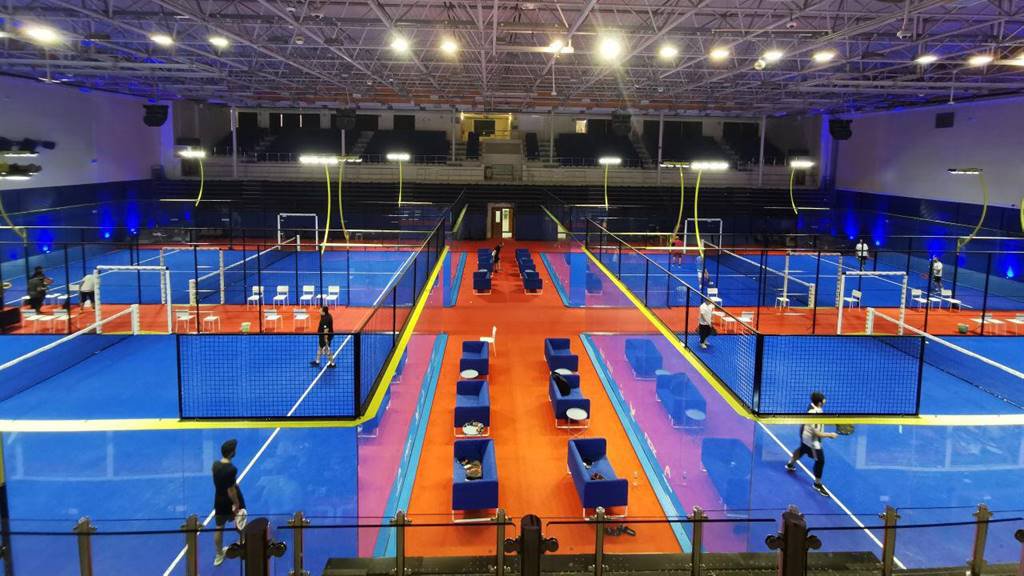 Padel Europe proudly participated in the launch of Padel In Doha, the first indoor facility in Qatar.

Padel in Qatar is a blueprint for the international growth of Padel. In just a few months, it became one of the most popular sports among the local community. Even the Emir H. H. Sheikh Tamim, who is known to be a big tennis fan, built a Padel facility in his palace.

It is important to give credit to the pioneers who believed and invested in the development of Padel locally. Esther Lasheras and Queco Catalan moved from Spain to manage and grow the first local Padel club while Abdulaziz Al Kuwari funded the project and put his passion before financial business rationales.

Today, Padel has reached a new dimension in Qatar with the creation of Padel In a new Padel company that just released its first 4 indoor courts at the prestigious Al Saar Club in Doha. For the first time in history, Qatar padel players can enjoy airconditioned indoor courts. Padel In already has plans to grow in the rest of the Gulf area with projects in the UAE, Saudi Arabia, Kuwait, and Jordan.

Padel Europe is very proud to have participated in the project advising Padel In in the building of the project. We have selected the best suppliers of courts, software, and equipment. We also connected Padel In with some of the best players and coaches in the world to promote the Padel in their region. This resulted in major time & cost saving for Padel In as well as a better offer for the local Padel community. Long and prosperous life to Padel In!